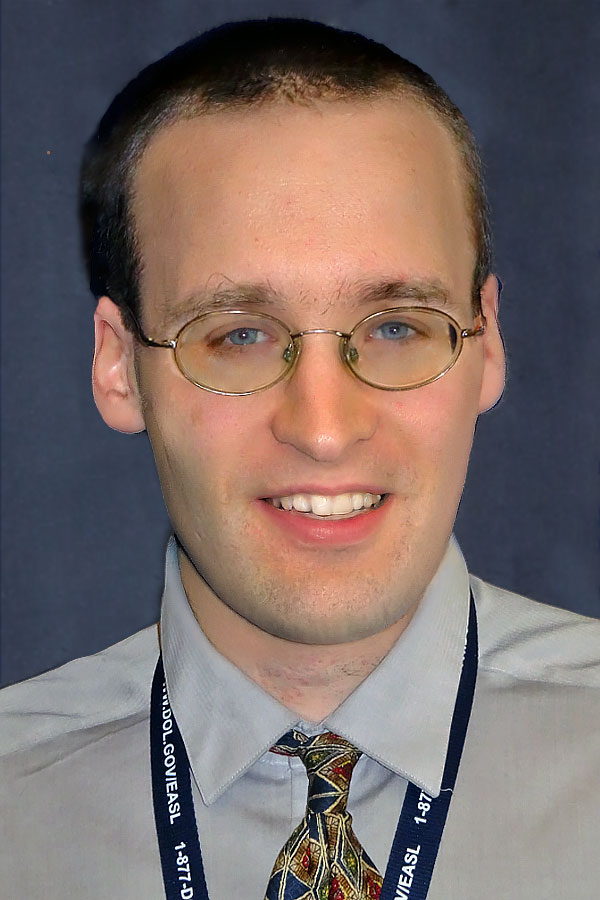 Dr. Scott Michael Robertson has a courtesy appointment as Research Professor for the Falk College department of public health. He is also a policy strategist, a social scientist, an accessible technology expert, and a leader in neurodiversity and inclusion. Dr. Robertson co-authored the seminal Keeping the Promise Report that formed the basis for the 2014 Medicaid HCBS Settings Rule. He has received numerous honors and awards for his work activities to increase access and opportunity for youth and adults with disabilities. Dorris Consulting International awarded him and his colleagues a Service to the Citizen Award in 2020 for a project that advances national policies and practices to promote accessible work technology. In 2011, he received the Jay S. Drotman Memorial Award from the American Public Health Association for emerging leadership to foster health policy and practices. While working on Capitol Hill, Dr. Robertson served as a Joseph P. Kennedy, Jr. Fellow in the U.S. Senate Committee on Health, Education, Labor, and Pensions (HELP). He drafted provisions for legislation to increase access to higher education and community living, and he provided expertise to advise U.S. Senator Tom Harkin on national disability policy issues. After leaving the Legislative Branch, Dr. Robertson joined the U.S. Department of Labor’s Office of Disability Employment Policy (ODEP). He later became a senior policy advisor at ODEP. Dr. Robertson has orchestrated ODEP’s $3.5 million Partnership on Inclusive Apprenticeship as the federal project manager to drive access to career pathways in high-growth, high-demand fields like information technology and healthcare. He has spearheaded ODEP’s activities to enhance national autism policy, support neurodiversity at work, and expand access to gainful employment for autistic youth and adults. He has also advised on policy and practices to foster accessible and emerging technology, such as artificial intelligence and automated vehicles. In earlier roles at ODEP, Dr. Robertson advised on youth policy and practices to support the implementation of the Workforce Innovation and Opportunity Act funding $10 billion workforce development systems. He also advanced national policies and practices for school-to-work transition and youth leadership. In 2006, Dr. Robertson co-founded the Autistic Self Advocacy Network (ASAN) as a national nonprofit organization, and he then served as the Founding Vice President. He later served as a Public Member of the U.S. Interagency Autism Coordinating Committee under an appointment from the U.S. Secretary of Health and Human Services. While living in Pennsylvania, he co-developed the state’s Adult Autism Waiver, a Medicaid Home and Community-Based Services program, to increase access to community supports and gainful employment for more than 500 autistic adults. He also served on the Pennsylvania Developmental Disabilities Council. Dr. Robertson has served on the Racial Justice Task Force for Morristown-Beard School, his high school alma mater. He completed his Ph.D. in information sciences and technology at Penn State University with support from a Google Lime Scholarship. He earned his master in human-computer interaction (HCI) in the HCI Institute at Carnegie Mellon University’s School of Computer Science. Upon completing his bachelor’s degree in computer science, he graduated summa cum laude from Rensselaer Polytechnic Institute with a minor in human factors psychology.